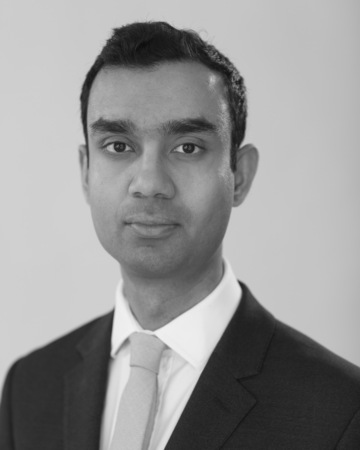 Gayan joined FOURTEEN as a tenant in February 2019. He practises in all areas of family law.

Gayan joined FOURTEEN as a tenant in February 2019. He practises in all areas of family law.

Gayan acts in the full range of private law children cases including fact-finding hearings involving serious allegations of harm, and cases involving allegations of parental alienation. He has also acted in many cases involving an international element, including international relocations and applications for leave to remove children from the jurisdiction. He has particular experience working with vulnerable clients and survivors of domestic abuse.

Gayan is a strong trial advocate. Prior to his call to the Bar, he worked in a solicitor’s practice as a prison law advocate. This included representing life sentenced prisoners at parole hearings as well as appearing before district judges in prison law hearings dealing with assaults against officers and the smuggling of drugs and weapons. As a result, he has significant experience beyond his call in advising on evidence and in cross-examining witnesses. He also advised clients who had not been able to engage in offending behaviour or domestic abuse courses as a result of maintaining their innocence.

In cases involving less serious allegations, Gayan is an effective negotiator and can help clients reach agreement on at least some issues where they are keen to do so. He is a member of Resolution and has a particular interest in the applicability of lessons drawn from the Harvard Negotiation Project to family law disputes.

Gayan has significant experience in cases involving children with special educational needs. As a representative of the Independent Parental Special Educational Advice (IPSEA) service, Gayan advocates pro-bono in the First-Tier Tribunal on behalf of parents who feel their children do not have the right support or educational provision in place and has worked with many parents who have a child with a diagnosis of ASD.

A v A: secured a finding of sexual assault against a party almost entirely on the basis of evidence given in the witness box during cross-examination. Gayan also obtained a ruling that a transcript of the evidence was to be provided to the police so that criminal charges could be reconsidered.

D v D: represented an applicant mother in a case in which all direct contact between the father and the children was suspended as sought by the mother, as a result of repeated failures by the father to engage in domestic abuse work.

R v D: secured a rare order for his client’s costs after obtaining a judgement which found that the respondent mother had been dishonest in her oral evidence and had attempted to hide evidence.

L v L:  secured a joint-lives with order for a father, together with an order allowing time to be spent with his daughter every weekend and one night-midweek, in circumstances where at the point proceedings commenced all contact had been suspended.

Gayan acts in both private and public law children proceedings. His last public law children case involved a successful challenge to a viability assessment on behalf of a grandparent, in circumstances where both the local authority and the guardian opposed a reassessment.

Gayan has a particular interest in cases involving children with special educational needs. As a representative of the Independent Parental Special Educational Advice (IPSEA) service, Gayan advocates pro-bono in the First-Tier Tribunal on behalf of parents who feel their children do not have the right support or educational provision in place.

As a former freelance journalist, Gayan has written for several national publications including the Independent in relation to disability issues. His research into police taser use in mental health institutions has been covered in the national press and disseminated by a number of academics and mental health charities including Mind and Rethink Mental Illness.

Gayan originally trained as an economist and worked in the litigation department of Linklaters, a top city firm, shortly before commencing pupillage. He is particularly adept in dealing with company cases in which there are disputes as to the true level of a party’s income or assets as a result of alleged ‘creative accounting’. He has acted in a number of cases concerning multi-million pound construction companies which have raised arguments relating to value, liquidity, pre-matrimonial contributions, and quasi-partnership discounts.

Gayan frequently acts in cases in which there is a significant disparity of income between parties. As a result, he has a thorough understanding of the impact that financial remedy orders can have on entitlement to benefits, solutions to limit impact (including the use of tax efficient trusts for disabled persons), and options a party may wish to consider to fund their litigation.