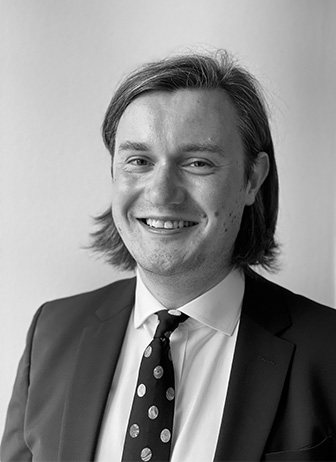 “Stands out amongst children practitioners as technically strong with a fine reputation amongst judges”
“Attention for detail. Very clever. Passionate. Caring”

Chris specialises in the law relating to children and the Court of Protection. He appears regularly in the High Court, and has led and been led in complex proceedings. Alongside his busy practice, Chris regularly provides training to solicitors, and advises clients on a voluntary basis with CentrePoint

“Stands out amongst children practitioners as technically strong with a fine reputation amongst judges”
“Attention for detail. Very clever. Passionate. Caring”

Chris specialises in the law relating to children and the Court of Protection. He appears regularly in the High Court, and has led and been led in complex proceedings. Alongside his busy practice, Chris regularly provides training to solicitors, and advises clients on a voluntary basis with CentrePoint

Chris is regularly instructed in applications for child arrangements orders, specific issue orders and prohibited steps orders. Equipped with a wealth of experience of acting in public law proceedings, Chris is ideally positioned to act in the most contentious cases involving expert evidence and where there are allegations of drug and alcohol abuse, mental health difficulties, and physical, emotional and sexual abuse.  Recent cases in which Chris has been instructed have involved allegations of parental alienation and intractable hostility as well as cases where there is a need for a fact-finding hearing in respect of allegations of rape and sexual abuse of children.

Chris also deals with applications for internal relocation and leave to remove children from the jurisdiction, both on a permanent and a temporary basis.  In recent years, Chris has appeared in the Family Court and the High Court representing parties seeking and opposing children’s removal to Hague and non-Hague Convention countries, including Monaco, the USA, Germany and Thailand.

Chris regularly appears in the High Court and acts in complex public law proceedings, particularly where there are suspected non-accidental injuries, allegations of sexual abuse, and where there are issues around capacity and mental health.  Chris is often instructed in cases involving the deprivation of a child’s liberty, and is sought after for his expertise in this developing area of child protection law. Alongside his heavy case load, Chris is often invited to deliver training to solicitors on important family law issues.

Recent cases include: successfully representing a mother, led by Sam Whittam, at a 9-day fact-finding hearing where she was accused of causing multiple fractures to her baby; acting for a father, leading Madeleine Whelan, at a 12-day re-hearing following a successful appeal against findings made at first instance; and representing a 13-year-old child (through their Children’s Guardian) in proceedings in the High Court concerning deprivation of liberty.

Judicial Review & Human Rights Act claims
Chris has experience in judicial review proceedings and is able to provide advice and representation to those seeking to review decisions made by local authorities and other public bodies.

In addition, Chris has recently developed a practice in Human Rights Act claims for declarations of unlawful actions by public authorities and damages.  He accepts instructions from both claimants and defendants and is able to advise in conference and in writing where appropriate, as well as attend Court hearings, right up to contested final hearings.

Second judgment in the High Court whereby Judd J recognised the improvements, but then decline, the subject child made in their bespoke residential placement. The Court made a Care Order and authorised a further package of measures constituting a deprivation of the child’s liberty in light of recent difficulties

Welfare decision of Mrs Justice Theis in protracted care proceedings following a successful appeal and re-hearing of the Fact-Finding Hearing in respect of four children. Despite reservations about whether the parents had been given a fair opportunity to avail themselves of support and intervention recommended in expert assessments, the Court concluded the proceedings by way of Care Orders

The High Court considered the Local Authority’s application for an order authorising the deprivation of a young person’s liberty, noting the lack of appropriate secure placements at a time of social emergency during the Covid-19 Pandemic. Chris acted for the father, who – together with the mother – sought to discharge the ICO and have the young person returned to the parents’ care. Judd J, noting the parents’ anguish, nevertheless concluded that the young person’s safety required that they be made subject to a DOL order

Chris Stevenson, leading Madeleine Whelan, represented the father in this re-hearing of a Fact-Finding Hearing before Theis J following a successful appeal in B (Children: Uncertain Perpetrator) [2019] EWCA Civ 575. The Court found the intervenor had infected the subject children with Neisseria gonorrhoea, and there was no failure to protect on the part of the parents

Successful appeal against findings of fact made by the court at first instance, where the trial judge was criticised for not applying the correct test for the identification of perpetrators of significant harm. The case raises an important principle about the proper approach to take when identifying perpetrators and the risk of effectively reversing the burden of proof

Health, Welfare & Deprivation of Liberty
Chris acts for all parties to Court of Protection proceedings, including local authorities, health care trusts, Deputies and the Official Solicitor.  He brings his experience and approach in Children Act work to his Court of Protection practice, which is particularly relevant to deprivation of liberty and personal welfare decisions.  He is able to advise and provide representation in matters relating to community care law and in cases involving disputes over medical treatment.  Chris appears across the country in contested interim and final hearings as well as in cases where there is a need for fact-finding.  He has previously applied for injunctions against a party to proceedings and also deals with applications by the press for permission to publish information pertaining to the litigation.

Property & Affairs
Chris’ practice encompasses disputes relating to property and financial affairs, accepting instructions from Deputies and other parties to proceedings.  He has recent experience of applications for the execution of a statutory will, authority to make gifts and maintenance payments, and acts in cases where Deputies seek the Court’s authorisation to conduct ancillary litigation on behalf of P.  Chris represents incapacitous individuals in family proceedings through their Litigation Friends, including matrimonial finance cases, divorce and private children law disputes, and accepts instructions in family proceedings where a Deputy has been appointed to make decisions in respect of an incapacitous individual’s property or financial affairs.

Vulnerable adults
Chris also acts in applications made under the Inherent Jurisdiction of the High Court in respect of capacitous adults who are deemed vulnerable. Issues arising in recent work include contact between an adult daughter and her father, as well as other welfare issues.

Chris is regularly instructed in private and public law proceedings brought under the Children Act which have an international element.  This includes applications for leave to remove children from the jurisdiction on a temporary and permanent basis, to Hague Convention countries and non-Hague Convention countries.  Chris’ practice includes international adoption matters arising in public law proceedings.

“Stands out amongst children practitioners as technically strong with a fine reputation amongst judges.”
The Legal 500 2021

Chris Stevenson succeeds in the Court of Appeal
FOURTEEN holds first ever family law clinic with CentrePoint
Chris Stevenson is speaking on Care Orders at the White Paper Public Law Conference in Manchester on 14th November – Tickets Available
Chris Stevenson is speaking on The Limits of Parental Responsibility at the Resolution Children & Family Law Forum – Tickets Available
Judicial communications to minors in private law children proceedings (Re A (Letter to a Young Person))
Deprivation of Liberty and Intensive Care Units [2017] Eld LJ 141
Safeguarding the Young from Radicalisation (A Local Authority v Y)
Stop me if you think you’ve heard this one before, April [2016] Fam Law 519
A Non-Decision but Far From a Non-Issue: Re X (Court of Protection Practice) [2015] EWCA Civ 599
Guarding Against Abuse of Powers of Attorney
SHARE/PRINT
SHARE/PRINT TWITTER LINKEDIN EMAIL
PRINT PDF
SHARE/PRINT
TWITTER LINKEDIN EMAIL
PRINT PDF